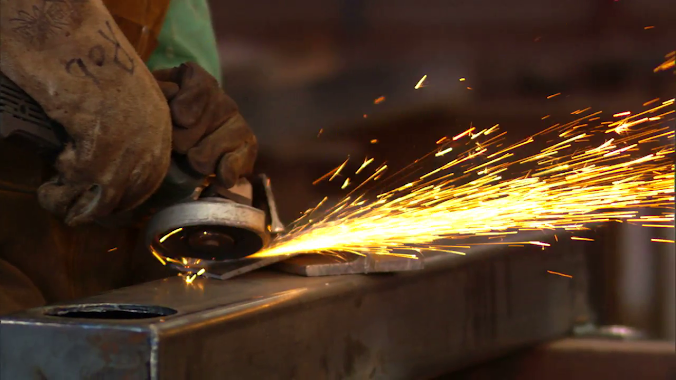 Hey Everyone, I'm Brian, for those who don't know, I work as a graphic designer, one of the cool things that I get to do with that is to create logos for different companies. We all know what logos are, when we see a logo of a company we like, we usually feel good about the product that we are buying. You'll more likely to reach for a Coke can than a knock off version, you get the picture. We'll, I'm going to try out your knowledge of the world of logos with a quick little identification test. I have a series of logos, name the company that they represent, let's see how you do: 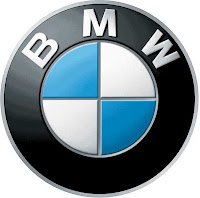 Great! Now, when you saw one of the logos up there, maybe the Starbucks logo for example, it was just a simple graphic, but what it made you think about was much deeper than that, If you love going to Starbucks, when you saw that logo, maybe you got a little thirsty, you thought about that comfortable chair in the corner where you can spend an hour by your self just checking your facebook while enjoying your favorite drink... all that from just a simple picture. That's the cool thing about logos, we can take big, complex, abstract ideas, and condense them down into simple, memorable, and interactive symbols.

Throughout time, men and women have used logos to communicate thoughts and feelings that were too difficult to understand right off the bat; things that you needed to experience to truly understand. One example would be Young Life's logo. I'm sure if you've come to YL before, and you've tried to explain it to a friend that you have invited, you've found it a little harder to get across what it is like. It's one of those things you just have to come to and experience it in order to really understand it. That's why our logo says simply "You were made for this". 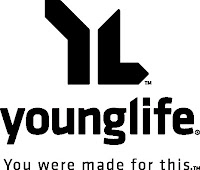 We really do believe that you were created for the very things that we stand for, namely: fun, adventure, truth, love, and most importantly, God.

Undoubtably, the biggest, most complex and abstract idea to ever enter into the human mind has consistently been the idea of God. Is there a God, or isn't there a God. If there is a God, what is he like? What does he want from me? What does he think of me? Do I want anything from him? These are questions that mankind has wrestled with since the creation of time. The Bible has a really amazing way of letting us know that God understands why we have these questions. God knows that he is bigger than our imaginations. God knows that his complexity is something that we can't even come close to understanding. Because he understands this, he did something about it. God doesn't want to be distant from us, he doesn't want us to be afraid of him, he wants us to know him, and to allow ourselves to be known by him. God created us so that we could be in a relationship with him. Ultimately, that is what it means when we say, You were made for this.

The Bible has a book in it called the Gospel of John, and it starts off like this:

it goes on to say

14 The Word became flesh and made his dwelling among us. We have seen his glory, the glory of the one and only Son, who came from the Father, full of grace and truth.

Here is what is really cool about what this section says. The Gospel of John was written in Greek, the most popular language of the time following the conquests of Alexander the Great. We get the word "Word" from the Greek word "Logos". So if I read it again, pay close attention to what I'm saying.

1 In the beginning was the Logo, and the Logo was with God, and theLogo was God. 2 He was with God in the beginning. 3 Through him all things were made; without him nothing was made that has been made. 4 In him was life,and that life was the light of all mankind. 5 The light shines in the darkness, and the darkness has not overcome it. 14 The Logo became flesh and made his dwelling among us. We have seen his glory, the glory of the one and only Son, who came from the Father, full of grace and truth.

This scripture is saying that Jesus Christ is the Logo of God. God, the big, complex, abstract, hard to understand "thing" wanted us to be able to approach him and understand him, and so he became simple, and took on the form of one of us, a man named Jesus. He walked this Earth 2,000 years ago, and we have a wealth of information about who he was, what he did, and what people thought of him. God wants us to get to know him by first getting to know Jesus Christ.

Let me give you an example. I'm a grown up, and like most grown ups, i have a wide array of needs, emotions, desires, etc. My attitude can shift with just the slightest impulse. If you wanted to get to know me beyond just the surface, you would need to study my behavior and scrutinize the details until you found a pattern and then you would have to test it over and over again, asking me for more feedback so that you could eventually come up with a profile of my personality. Luckily, I have a 1 year old daughter, and if you spend more than 5 minutes with her, you would realize that she, like most toddlers, is pretty one dimensional in comparison to an adult. When she wants something, she will yell for it, or climb her way to get it. When she is tired, she will just pass out somewhere, no problem. Her and I are a lot a like deep down. We both share a deep love for adventure and curiosity. We both love to laugh, and we can also get a bit of an attitude when people take things away from us. So, if you want to get to know me, get to know my daughter, we're a lot a like, she is just much easier to understand.

I'll say it again, if you want to get to know God, get to know Jesus. I am going to be looking at who Jesus is in my blog. I think it is one of the absolute best things that we can possibly do together. I want you guys to get to know me, but more importantly, I really want you to see how Jesus has made a change in my life. So with that being said, let's take a quick look at just who this Jesus guy was. This account of his life comes from the Gospel of Luke, chapter 5.

One day as Jesus was standing by the Lake of Gennesaret, the people were crowding around him and listening to the word of God. 2 He saw at the water’s edge two boats, left there by the fishermen, who were washing their nets. 3 He got into one of the boats, the one belonging to Simon, and asked him to put out a little from shore. Then he sat down and taught the people from the boat. - scientific side point - sound travels better over water than it does ground, this is because the sound waves are amplified as they pass over the water. So if Jesus was going to provide himself some space between him and the crowd, and make sure he was going to be heard by everyone, this was the right thing to do. Also, just my opinion, I'm thinking that he wasn't just being clever, he wanted Simon to have a front row seat to what he was teaching.
4 When he had finished speaking, he said to Simon, “Put out into deep water, and let down the nets for a catch.”
5 Simon answered, “Master, we’ve worked hard all night and haven’t caught anything. But because you say so, I will let down the nets.” - side note, Fish, who are cold blooded, meaning that their bodies change temperature depending on their environment do the majority of their eating at night when the water is cool. Simon is a fisherman, Jesus is a carpenter. Simon would know that this is a bad time to go fishing, however, he chooses to go along with it, despite knowing that he would have to re-clean his nets, a process that cost him time and money. He was desperate, and had nothing to lose.
6 When they had done so, they caught such a large number of fish that their nets began to break. 7 So they signaled their partners in the other boat to come and help them, and they came and filled both boats so full that they began to sink.
8 When Simon Peter saw this, he fell at Jesus’ knees and said, “Go away from me, Lord; I am a sinful man!” 9 For he and all his companions were astonished at the catch of fish they had taken, 10 and so were James and John, the sons of Zebedee, Simon’s partners. - side note, in this very moment, Simon had just had the catch of a lifetime. In a society where meat was rare, this catch of fish was going to bring him a lot of wealth at the market place. If anything, Peter should be jumping up and down celebrating, but instead, something deep inside him causes him to beg Jesus to stay away from him. Simon was a Jew, and the Jewish people have always believed that a man cannot stand in the presence of God because of this condition that we call Sin. God is perfect and can not be tainted by the imperfect. When Simon saw that Jesus, who he thought was this ordinary carpenter and just happened to know a few things about scripture was much more than just a man he called him Lord. In that moment, Simon is saying, "if you can do this, you must be God, and if you are God, you are probably going to destroy me for all of the evil things I have done." Simon had a messed up understanding of who God was. He had no idea just how much God loved him, just how much God knew about him, and just how much God wanted a relationship with him. Simon needed to take a look at God's logo, Jesus and get the whole story.
Then Jesus said to Simon, “Don’t be afraid; from now on you will fish for people.” 11 So they pulled their boats up on shore, left everything and followed him.
Simon left everything. That entire catch. All that potential money. He left his boats and his nets, the things that he could use to make more money if this Jesus thing didn't work out. Simon was so convinced that Jesus was much more than just a carpenter, that he left everything he had to follow him. Jesus knew that Simon liked to fish, so he let him know that he was going to still be able to fish in a sense, but it would be for people, he would be a leader. This is something that Simon wanted very much, and God knew it, he had created him that way, Simon just needed to experience Jesus in order to understand God's plan for him.

"As iron sharpens iron, so one man sharpens another."
Posted by Brian McGee at 12:11 AM